Ten family-friendly games to try out this year 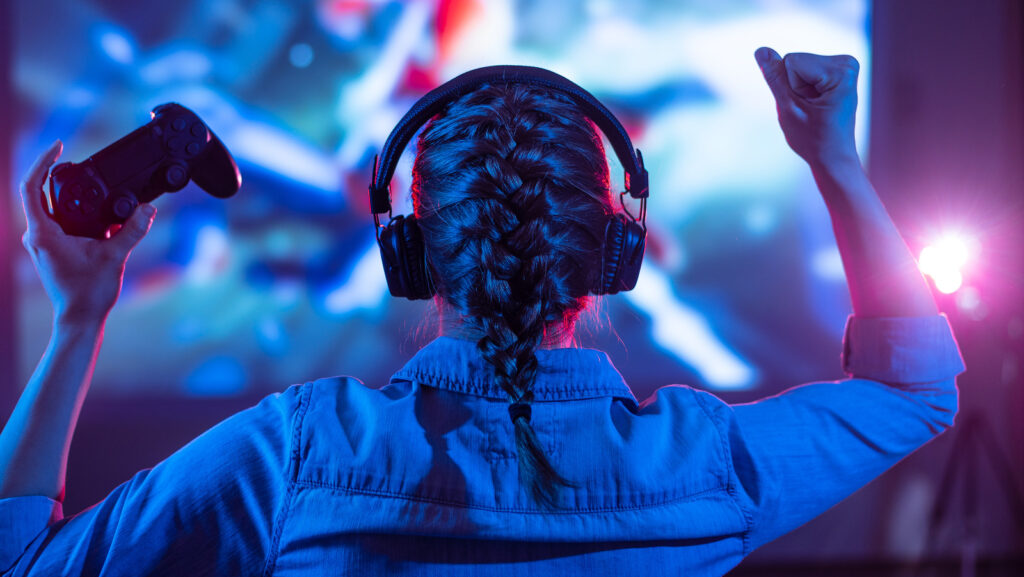 For most of the week, we can imagine your family hustling through the daily madness of life with managing work and schools simultaneously, barely finding time at the end of the day to finish a quick dinner before homework and head straight to bed.

However, classic family games have the power to encourage your super busy and occupied family to hit the pause button for a few hours and make room for memories that will last a lifetime!

You’ll be grateful to have a game that doesn’t require a lot of handworks – one that everyone in your family can participate in – and if you are on the lookout to find a perfect match, then you surely are at the right place!

With so many games, finding a game that the whole family will enjoy can be difficult. Games come in various formats, so choosing the one that suits your family’s tastes is very important – and that’s why we’re here to help!

Here, our experts have managed to round up the best family-friendly games that are sure to bring back your clan together and would allow you to spend a glorious time together!

With Football Cup just around the corner, we know everyone is thrilled to support their favorite teams on the screen. However, what if we introduce you to something that takes your world cup excitement to a new level?

Let us introduce you to the finest family-friendly game, “Football Champion Ship 2022”.

This game comes enriched with exceptional graphics for football fanatics to give them as realistic a gaming experience as possible.

Also, the game supports one-on-one match mode; hence if any siblings of your support your rival team, then now is your time to challenge them to a match!

While striving hard to find a perfect family-friendly game for your loved ones? Why don’t we start from a master game that enlighted childhood for many of us?

Yes – It’s about time to revamp the memories that Monoply have sparkled in our mind. Thanks to the digital age, one can easily either install Monopoly on their smart devices or play together online – just as they desire!

The best part is that the online version of Monopoly comes in handy with pre-set instructions, so even if your kids are new to the game or if your grandparents have forgotten the rules, they can easily catch up via reading; the instructions guides!

Monopoly is more than eager to accommodate each of you if you are a family of around eight people!

Being super family-friendly, finding a game as good as Monopoly is daunting!

Remember the time when your friends used to write or draw some figure fantasy character over a piece of paper; then you had to put that piece of paper over your head and have to guess what was written over it?

Well, witnessing the fun-filled game it was, the game is back with bam!

Like the normal version, the online version of Heads Up is super lively and witty to play! Here, you would round up all your family members in a virtual in-game room and ask them to write something on a virtual paper.

Then one of them would have to guess what’s written on the paper by asking relevant questions!

To make this game more interesting, you can now put a timer to everybody’s turn, where they are bounded to guess the information within set time parameters!

With that being said, what are you waiting to call a pleasurable Head Up match? Gather up now!

From being featured on Television a decade back to getting into the market as card games to spawning the internet with its online version – Pokemon Have surely come a long way!

Since the game’s extreme popularity, it’s absurd to believe that your family won’t be aware of this masterpiece – but if they aren’t, then introducing them to Pokemon virtually is the best thing you can do for them!

Pokemon Go is a virtual reality game allowing players to capture Pokemons and combat them in one-on-one battles!

Not only this, each player can build a Pokemon Empire of their own and then can step into the in-game family battle championship.

The one whose Pokemon outclasses every family member’s Pokemon would be called a winner!

That said, Pokemon Go should be among the top priorities for a fun, family-friendly game!

Is your family a die-hard fan of suspense? Do you guys love solving mysteries by figuring out clues? Then this game right here can prove to be a perfect family-friendly game!

As one can grasp the idea of the game by its name, the Cluedo is a classic murder mystery game that has managed to create quite a fandom of its own!

Cluedo allows all the family members to create a private room of their own and step in all together to solve a murder mystery case. Here, the clues would be disclosed to the team members, who have to solve them to step ahead in the game!

As the team progresses in the game, the clues would get even trickier to solve, making the entire aura of the game more intense yet super fun to play!

If a thrilling family-friendly game is what you’re looking for, then you really need to check this game out!

Ever thought about how many words we speak in a day? Or ever paid attention to the vocabulary you’ve got in yourself? If not, then we have the perfect family-friendly game for you.

Allow us to introduce you to “Words with Friends.” You must have played scrabble atleast once in your life, and if you have, then you must be aware that Scrabble is a game played under a certain set of rules.

Though Word with friends is quite similar to scrabble, the exciting part is that it doesn’t consist of any rules for you to follow!

The criteria for the game is that each family member would be awarded equally shuffled random letters, and they would have to create as many words as they could with the assigned letters. The one who manages to create the most letter would be the winner!

This game is perfect for playing with your family or friends, but if you have kids at home, it can turn into a part-time learning activity for them! Quiet, impressive, right?

Are you the one who belongs to a family who is a crazy Lebron James fan? Does talking about NBA something that is done often in your family? Then this family-friendly game is the perfect activity for you!

What is much more exciting about the NBA is that it gives you a chance to select your hero and compete with your family in a match. Your family members can split into teams of two, all while choosing their heroes, and can have the fun of their lives!

Coming in handy with realistic graphics would make you quickly fall in love with the game! Also, the easy-to-understand controls won’t be a trouble for you anymore!

We know how many NBA fanatics are out there, and thus this is why we couldn’t resist including this game on our list! Try NBA, and we promise your family won’t regret it ever!

The game incentivizes groups to play through additional rewards and allows new players to level up for the latest content. Being the newest volume, this game benefits from the best MMO story.

Up to eight players can team up to take on their massive dungeons and boss battles. The game comes with lots of instructions to have a great gaming experience.

So if your family loves playing games that will last a lifetime, then playing Final Fantasy XIV: A Realm Reborn would be the best thing they’ve done in a long time!

Are you looking for a game that will virtually take your family from home to beautiful beaches and maybe a series of spectacular pirate adventures? Sea of ​​Thieves is the game!

This is a massively multiplayer online experience where you play as a pirate in an open world full of possibilities.

Here you and your family will search for treasures returned from the skeleton treasure trove and discover the great stories the world has hidden.

Players are also free to engage in battles for their hard-earned pirate loot. All ages can bring up to three friends on their journey as you battle other pirate crews on the high seas.

Super friendly and fun to play, Sea of ​​Thieves is another best family game you will encounter!

Do Kittens an adoring little fluffy creature for your family? Then you ought to play this game with them!

The game is very strategic, a “cat-powered version of Russian Roulette” where players draw “cards” until someone ends up with an exploding kitten.

When this happens, they explode and exit the game – unless that player has a defuse card to diffuse the cat with tricks like laser pointers, catnip sandwiches, or belly rubs.

Meanwhile, other cards in the deck can be used to reduce or avoid exploding kittens – and since kittens are adorable creatures, do whatever you can to prevent them from exploding!

Considering all the details we have provided for each game above, we believe you must have found your perfect family-friendly game up until now!

We want to notify you that every game mentioned here is added after witnessing its popularity and trend level; hence, try any of them, and the experience you would be getting would surely be the finest!